Annie Dorrington immortalised her name in history when in 1901, the year of Federation, she shared first prize with four others in a worldwide competition for the design of the Australian National Flag. She was the only woman and Western Australian to be bestowed this honour.

Why we want to do this

We at MeMSeek believe that there are stories about our past we need to remember and from which we need to learn. Do we still remember? 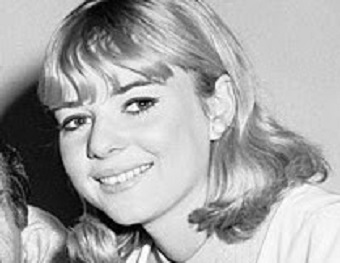 Cathy Wayne, The First Australian Women killed in the Vietnam War, was the stage name of Australian entertainer Catherine Anne Warnes (7 December 1949 – 20 July 1969) who was killed during the Vietnam War at a United States Marine base. Wayne had just finished a song at a Non-commissioned officer's club near Da Nang in South Vietnam when she was hit by a bullet fired from a .22 pistol, fitted with a silencer, which had been stolen at the base. No Monument or Memorial to Cathy exists.

Ernest Ridding, the Glebe resident who recycled fridges and donated an estimated 3,000 fridges to people in need. He lived and worked in a house on the corner of Catherine and Westmoreland Street, Glebe NSW.  The sign at the front of his repair workshop read: “Ernie’s charity recycling. If you want to talk money, piss off.” Remembered by Plaque 132a St Johns Road, Glebe Community Gardens, Glebe, NSW, Australia 2037

" Mum Shirl "  was a powerful advocate for Aboriginal rights and welfare. She assisted in setting up the Aboriginal Medical and Legal Service in Redfern in the 1970s, visited prisoners in gaols and opened her home to the addicted and homeless. Colleen Shirley Perry, tireless community worker, died on 28 April 1998 aged 73. Remembered by Plaque and Statue St Vincent De Paul Catholic Church, 117 Redfern Street , Redfern, NSW, Australia, 2016.

NSW Registered Not For Profit